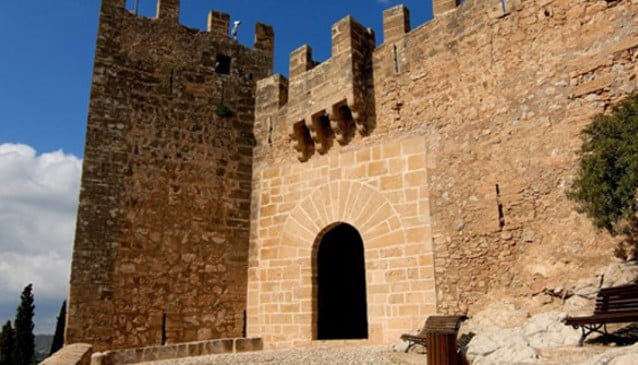 Capdepera Castle looms over the town of the same name on Mallorca's north east corner, just a short distance from Cala Rajada.

The castle was built in 1300 over the remains of a Muslim villa on the orders of King James II. Tradition has it that James I used this site as a stratagem for accelerating the surrender of the Muslims on neighbouring Menorca. The king ordered huge bonfires to be lit on the site occupied by the castle today, which were clearly visible from Menorca, where they were interpreted as signals of the presence of a huge army. In this way, Menorca capitulated and the Capdepera Treaty was drawn up, leading the island to become part of the Crown of Aragon.

In the 18th century, the town of Capdepera took over the walled complex, which became an army post under the authority of a governor (the Casa del Gobernador dates from this period, one of the few homes still preserved within the castle). The military officers abandoned the castle in 1854, and it passed into private hands until 1983, when it was donated to the Capdepera Town Hall.

At the highest part of the complex you'll find a temple dedicated to Saint John which harbours an image of Our Lady of Hope. From here you can see the seaway separating the islands of Mallorca and Menorca. Next to it is the square-shaped Miquel Nunis tower which probably dates from the Islamic period and contains a windmill called the Molí d'en Cofeta.

Within the walls of the castle, there's a small museum (Museu de la Llata) dedicated to the old crafts of weaving baskets, brooms, hats, and so on from saw palmetto fronds.