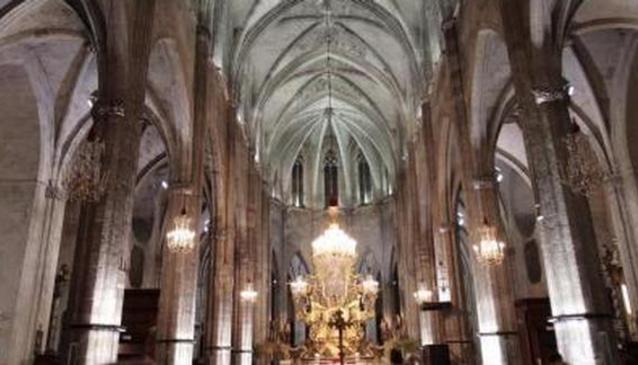 The first monarch of the new Kingdom of Mallorca, Jaume II, was crowned in this church in 1276, making it an historically important building.

Because it was built in only 25 years, the 13th century Església de Santa Eulàlia has an unusually cohesive architectural style. Typically Gothic, it was built on the site of an Arab mosque, and boasts a spacious nave and no less than twelve side chapels. The main altarpiece is a huge and rather flashy Baroque affair, but the interior is somewhat dark due to the bricked up windows, relieved somewhat by the artificial lighting installed in 2010.