Golf by Region Golf by Type 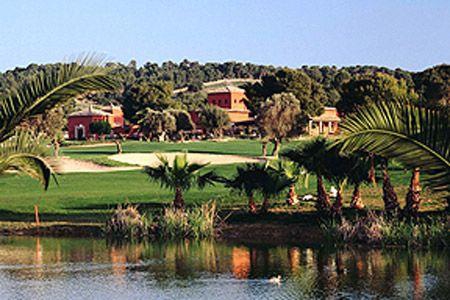 Poniente is similar to Capdepera in that it is a course of two halves. In Poniente's case, the front nine is fairly open, while the second nine takes you through thick forest. This par 72, John Harris design was opened in 1978, and is pretty long at 6430 metre off the back tees.

When I visited the course in early April it was playing even longer than usual as a few days of rain had left it very green and lush, and parts of the course had not fully drained. In addition, a very strong south westerly was blowing! None of this stopped me from enjoying this attractive layout which rewards accuracy and good course management.

There are other rewards also, not least the occasional flock of parakeets passing raucously overhead, flashing their gaudy colours. As mentioned earlier, it´s an attractive course, with lots of pleasing views to satisfy the soul - at least half of what golf is about, in my view.

For that all-important practise, there´s a driving range, an extensive putting green, and an area for chipping and pitching, and playing out of bunkers. All in all, I really liked Poniente and will definitely be back.