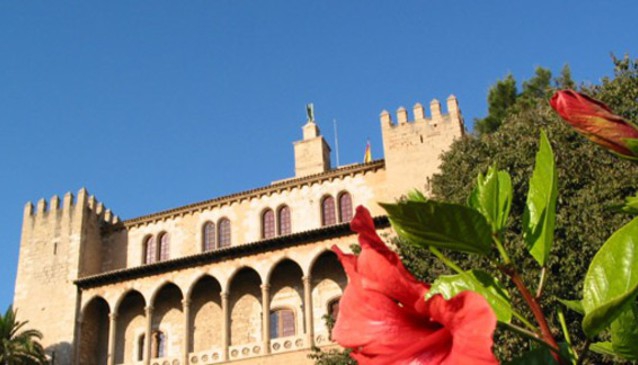 The Palau de l'Almudaina in Palma de Mallorca was originally the fortress and palace of the Moorish governors some 800 years ago. Around 60 or 70 years after the Moors were defeated in 1229, Jaume II converted the place into a lavish palace with much the same appearance as today, and spent the last twelve years of his life there.

Part of the complex continues to be used as apartments for the king and important visitors, while other areas house the legislature, the military, and a museum. The main entrance is opposite Palma's cathedral, La Seu, and leads into the King's Courtyard, also known as the Courtyard of Honour. Audio guides are issued free by the ticket office.

The Palace is closed on Sundays and there is an entrance fee which is waived for citizens of the European Union on Wednesdays.