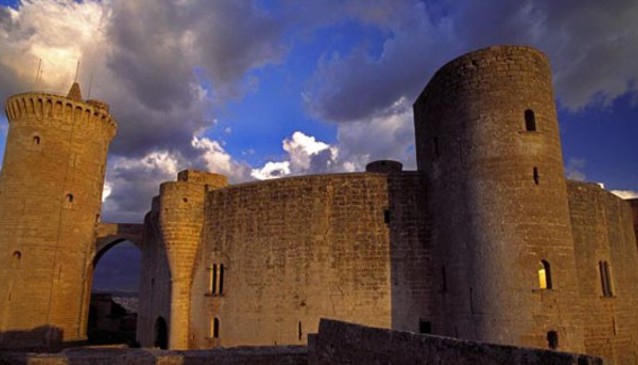 Only 3 kilometres from the centre of Palma de Mallorca, Bellver Castle is one of the most popular visitor attractions on the island. The circular form medieval castle occupies a dominant position on a hill in the Bellver woods (Bosc de Bellver) and, as you might expect from the name ('beautiful view'), presents stunning views over Palma and the city's great bay.

Construction of this fortress and Gothic palace was ordered by Jaume II in the early 1300's - the castle has been very well maintained and today offers a fascinating window into the past. Having been used mainly as a prison for seven centuries, Bellver Castle was ceded to Palma City Council in 1931, but became a prison again during the Spanish Civil War and later. It was eventually returned to the custodianship of Palma City Council, and today houses the City's museum, and is used for many cultural and leisure activities.

There's a small entrance fee and the Castle is well worth a visit - note that the Castle is open most days but the rooms and museum are closed on Sundays and public holidays, when entrance is free. The Castle is also closed to visitors on Mondays after 1.00 pm - annoying if you've taken a ride there on the sightseeing bus.