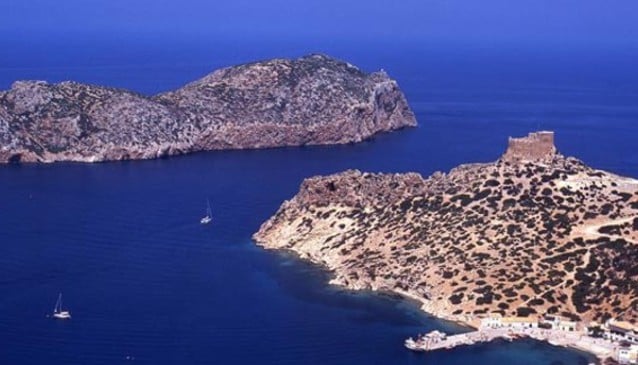 The Cabrera National Park is located about 10 kilometres off the extreme southern tip of Mallorca, at Cape Salinas. The full title of the Park is 'The Cabrera Archipelago Maritime-Terrestrial National Park' and it covers 1318 hectares of land on 19 islands and islets, and 8703 hectares of sea and seabed.

The flora is typically Mediterranean, but with certain features specific to Cabrera. There are 22 species endemic to the Balearics and one sub species which is endemic to Cabrera exclusively. Because Cabrera is a strategic point on bird migratory routes, as many as 130 species have been sighted. Among the most common are the colonies of cormorants, Audouin's gulls, Wilson's storm petrels, Manx shearwaters, and Yelkouan shearwaters.

Marine life at Cabrera is noted for its diversity, and its productivity, and is therefore very important. Contamination of the waters from the mainland is minimal, helping to maintain local biotypes.

The most significant land animal is the Lilfords Wall lizard (podarcis lilfordi), extinct in Majorca, yet found on all the islands of the archipelago of Cabrera, where an intense process of species separation has come about, due to genetic and habitat isolation, to such an extent that as many as ten subspecies have been described. They are both curious and unafraid of humans.

To visit the National Park in a private vessel, a permit issued by the Park administration is required. Sailing permits, valid for up to a month, may be issued without the right to anchor; permits are also issued for overnight stays, and for scuba-diving in certain reserved areas. To moor in the harbour of Cabrera, a permit issued by the Military Government is required. (Comandancia de Marina. Estación Naval de Porto Pí. C/ Dique del Oeste, s/n. 07015 Palma de Mallorca. Tel. 971 709 900 or 971 709 918).

The Park can arrange for visits for groups of up to 60 people with the service of an interpreter.

There's also an interesting interpretation centre in Colonia Sant Jordi, where visitors can get an insight into just why the fragile environment in the National Park is worth protecting. Historical and specimen displays interpret the ecology of the park.